Plant a tree in memory of Carlos
An environmentally-friendly option 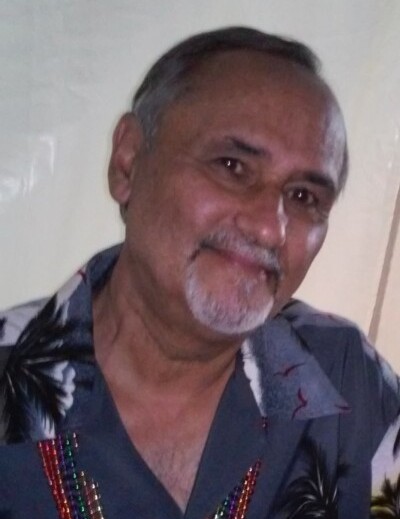 Due to family struggles, Carlos and his two siblings: Francisco and Sylvia, became wards of New York State, and placed at St. Dominic's Home For Children, Blauvelt, N.Y., on 2/9/59.
Throughout his youth, he encountered significant challenges that strengthened his resolve, resilient character, and capacity to sustain a positive attitude. His gregarious personality and engaging interpersonal skills were contagious. He was well respected by his peers and workmates.
From St. Dominic's he moved onto St. Pius XII School, Chester, New York. He attended Warwick Valley Central High School. He had a tremendous range of athletic skillsets and starred in football, basketball, baseball, and track. In the high school football community, he earned the nickname: "Chargin' Charlie", because of his determination to remain standing and move forward on each running play. Upon graduation, he was offered a college football scholarship at a New Mexico junior college program. He eventually enrolled at Buffalo State College and earned a bachelor's degree in marketing. Throughout his work life, he held various business entrepreneur positions but his passion was being a successful independent home repair and building projects contractor.
He will be deeply missed by his immediate family members: wife Edee Albarran, his brother Francisco Albarran, and 3 sisters Silvia, Abigail and Evelyn, daughter Cyrena Albarran and two grandsons: Ramon and Axavia, first wife Charmaine Norman, and all of his friends.
God Bless You

To the Albarron Family, we at Greener Pastures Funeral Home, extend to you our deepest sympathy & condolences. Our prayers remain that your abiding faith in God will continue to comfort, to strengthen and sustain you during your time of bereavement.

Plant a tree in memory of Carlos by clicking here.
To send flowers to Carlos' family, please visit our floral store.

A service summary is not available

Plant a tree in memory of Carlos
An environmentally-friendly option

Plant a tree in memory of Carlos

1 tree planted in memory of Carlos

A Memorial Tree was planted for Carlos Albarran

Plant a tree in memory of Carlos